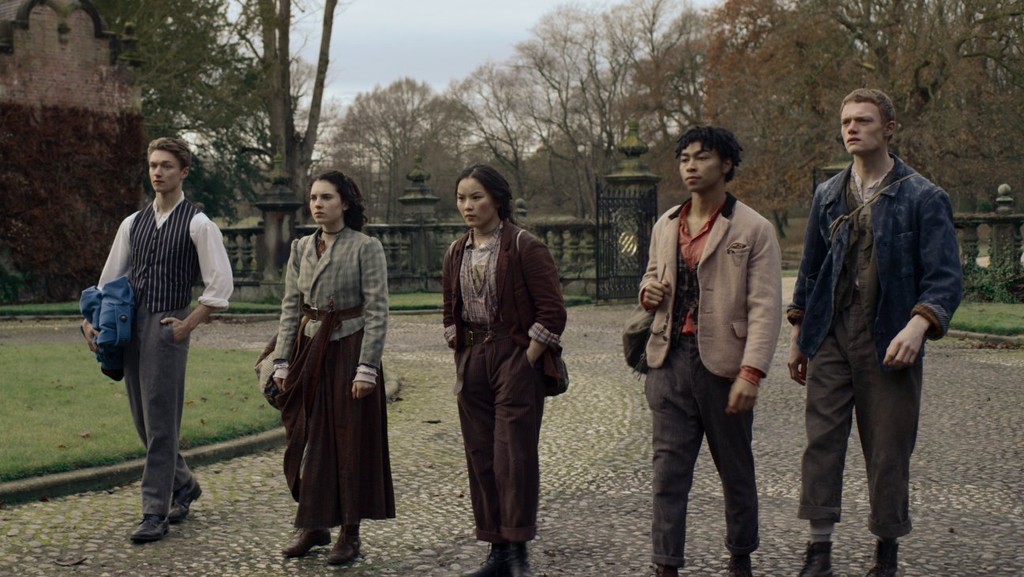 Show of the Month: The Irregulars

I love nothing more than a crime drama, Sherlock (BBC) was one of my all time favourite shows. So when I heard another spin off of the infamous story was coming to Netflix I jumped at the chance to watch it. The Irregulars came to Netflix on the 26th March, and tells the story of a ‘group of misfits’ who join Dr. Watson and the somewhat absent Sherlock to find ‘the darkness’ that is slowly encroaching on Victorian London.

Slightly darker and a lot more supernatural than the original, Tom Bidwell (creator of the series) has created a new and separate version of Sir Arthur Conan Doyle’s original masterpiece. I must admit the show did not necessarily grab my attention from the very beginning however the more the story developed the more I couldn’t stop watching.

Nevertheless there were a few things that disappointed me. Which could be down to it being the first season or the fact it is the majority of the actors ‘big break’. So let’s dive into the over arching story, the characters and the very cheesy sub plots. Grab a cup of tea!

Personally, the overarching story is what saved this show. In a lot of Sherlock remakes they stay very close to the original text which often comes with the usual criticism of comparison. However, Bidwell made a smart decision and largely stayed very far away from the usual plot. Of course Sherlock has characteristics that are intrinsic with his character and it still held onto its Victorian charm but it did it with originality. Which I think is what any other adaptation needs to do, straying too close to either the BBC adaptation or the original text is a cause for concern.

I loved the refreshing take on crime in the Victorian Era as the supernatural element really surrounded you in the murder mystery element. The intertwining of relationships between Sherlock, Dr. Watson, Bea and Jessie furthered this with a complexity I think even the most eagle eyed viewer wouldn’t spot from the beginning.

In that sense the overarching plot made for an easy but interesting watch. I did not have any problems with this, however the sub plots were something else entirely.

Like with any drama I understand that there has to be elements that grip onto the humanity of the characters however when they are done with a certain level of cringe in mind it deploys not only a feeling of angst but of confusion. The sub plots, particularly that of Leopold and Bea, had me cringing from the very beginning. There was no subtlety or ‘natural’ romance to them, in comparison to the overarching story it lacked depth or meaning. I could look at it more as a way for Leopold being there rather than it being seen as true relationship.

Now I am not necessarily saying this is the actors fault, largely I think it could have been down to the script. When writers uses language, particularly between actors who are playing teens, that don’t necessarily resonate or seem too ‘old’ for their characters it makes for uncomfortable watching. In that sense it constantly drew me away from the main plot. I must add this wasn’t just with Leopold (‘Leo’) and Bea, there were many other occasions where the use of language didn’t quite hit home.

This is one of the major down falls of the show in my opinion. When you have a show centred around 5 main characters who each offer their own skills and perspective on events they need to be treated equally to some extent. For example, it is obvious that Bea is the central character as everyone else is connected to her however, 4 other characters both get a lot of air time and in doing so deserve more attention so the viewer can appreciate them and their backgrounds.

I’m not sitting here ripping up paper in frustration became I’m upset that my favourite character didn’t get enough attention. I’m here frustrated because I think the show could have been a lot better if the characters weren’t seen as surface level people. Especially Spike, Jessie and Billy.

That”s not to say there weren’t positives to the characters. I enjoyed Leo’s sub plot of his life in the palace, Billy’s narrative that started to get developed made sense and everyones relationship with Sherlock and Dr. Watson was thrilling. Looking at that combined with everything else kind of suggest there was just far too much going on.

When you have characters that span the lifetime of the show you need to give them depth, Billy started opening up in the sense of us understanding how he acts, but with Spike and Jessie I was left confused. I won’t spoil anything but there was certain events that made me frustrated at the lack of response from some characters.

On the other hand there were occasions when Leo was in the middle of the action where he could have gotten hurt. Now as someone with a blood disease which was especially dangerous in the Victorian era you would think people would be more aware of his presence in these situations, but that didn’t seem apparent. Nor did it seem a cause for concern with Bea when she noticed the full extent of his condition.

I draw on these situations because it brings me to the problem. If you open up a lot of open ended questions or plot points they need to be addressed throughout the show at least once. When they go unattended to it starts to become unbelievable.

Now to get some perspective I thought I would introduce some star ratings and one sentence thoughts from those I watched it with. Here are my mum’s, my sisters and I’s overall thoughts:

‘It wasn’t amazing, it wasn’t terrible… it was just okay’

‘Different, lacking in some departments but holds promise’

I hope for the shows sake they rectify these mistakes if it comes back for season 2 because the overall plot has a lot of potential. Plus Henry Lloyd-Hughes’ portrayal of Sherlock was refreshing and the spin on Dr. Watson got me very excited for what’s to come.

So lets keep our fingers and toes crossed for a better season 2 but if you haven’t watched it please do. It’s an easy watch and it isn’t all that bad, I promise.

Let me know what you thought or what I should watch next below!

Sophie is a 22 year old student based in Edinburgh and is originally from a small town in the Highlands of Scotland. Her website highlights her love of food, lifestyle, fashion, film and TV and literature. While also writing she has her own shop selling a wide variety of prints and cards.