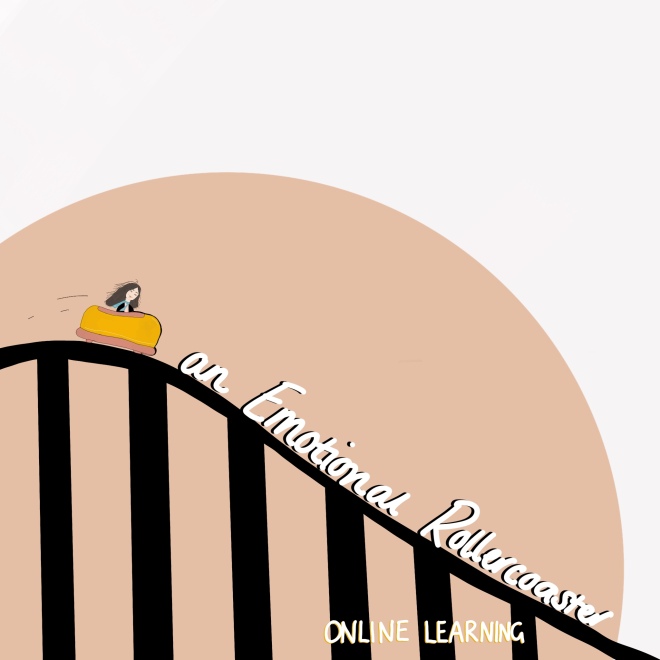 An Emotional Rollercoaster: Looking Back at Online Learning

It’s weird to say that my first term of third year is already done. From having so long off because of Covid I was very hesitant in starting back again. Would I know how to write an essay? (I’m an English Lit. Student if you didn’t know), would I be able to keep up with the enormous work load? And to top it all off I also had doubts as to whether the quality of my learning would be the same when done online. I held an enormous amount of pressure upon myself and the uni to give me the best experience possible for my first year as an honours student (my first year which actually counts).

But was this pressure actually useful and proactive when there was so much more to contend with? Did my experience get hindered because all I was trying to do was plough through everything as it was so new? Well, yes.

Honestly, I could probably write a whole blog post on the pressure of being a student, particularly a student whose course is based on personal opinion. This very idea deeply effected my learning when done online because discussion was extremely hard to navigate and instigate. When you have teachers telling you ‘you can put your camera on if you want‘ or ‘use your microphone if you want‘, caused the majority of the class to not actually be ‘there’. Let’s just say the chat function on every tutorial was a lot more full than the conversation happening through microphone.

So in that sense my learning was very much done independently, I had to generate discussions between friends rather than in classrooms just to make sure my points were valid. In fact the majority of those conversations were majorly fuelled by angst and frustration at the system as a whole. I think every emotion possible was felt through my first few months in third year.

To further this I was given group work for the first time in my 2 and a bit years at university. When I say it is nearly impossible to achieve this when places to meet up are extremely limited, I am telling the truth. Which is not helped when you are not sure what is expected of you in such work.

Now that’s not to say the teachers didn’t put in a lot of work, because understandably there was a lot they had to adapt to. Trying to navigate technology while making sure your students were getting the best possible experience is a tough job to take on. However, I think a lot of people forget that the students taking in this coursework have quite a bit more to adapt to (please hear me out). I found it extremely difficult to take on the pressures of third year, whether personally inflicted or through the workload, I also had to navigate a timetable that was largely empty (I had one tutorial a week and 2 other tutorials every second week) and thus had to arrange my own time and learn a lot more independently than what I was used to, I also, of course, had to adapt to online learning and the rigorous amount of work that came with supposedly having ‘more time’.

Then there was the great reception to me feeling overwhelmed. The constant hammering of ‘you have more time’ or ‘it’s just third year’ made me feel even more alone, when the majority of my time was spent at my desk staring at a screen or a book. Do you get where I am going? Largely I felt like nobody would listen. I felt well and truly voiceless.

I don’t want to come across as ungrateful because of course having an education is extremely important to me and I am very lucky to be at uni. However, online learning did take an enormous strain on my mental health when trying to deal with copious amounts of stress from different areas in my education. I had countless thoughts of dropping out because I felt like nobody was listening to us as students. However, I also had many days when I was frustrated at my own student cohort for being insensitive to the teachers trying to do their best. In every-sense of the word I felt like there was a deep lack of communication. Whether that was through the lack of conversation in the ‘classrooms’ or the copious amounts of angry emails from both teachers and students ‘attacking’ each other for lack of support or lack of understanding. This then led to a lack of care and empathy for both sides of the education system, where the people who sat in the middle were left with very little idea as to what to do or where to go (hello, yes, that is me).

So for the majority of my time in third year, the year where I was supposed to be doing my absolute best because my grades count, I felt completely alone and snowed under. This then fills with me with anticipation and dread to go into my next term. A great start right?

However, I don’t want this to be filled with me hammering into you the emotional and physical drama of the start of my third year. There were some positives, mainly me being proud for getting through it all. I built stronger relationships with some people on my course, I gained the ability to find a way of learning that worked for me (although it did come with sleepless nights, a near panic attach in the shower and a week of me not being able to breathe properly), and yes this sometimes meant letting some things slide because I had to prioritise, but mainly it gave me the ability to understand my limits. And the sad thing is, the start of my third year was very close to being it.

I didn’t want to come on here and write a rosy picture of studying because I have talked to numerous students about their frustrations and they all seem to have similar feelings. Yes, I know everyone is trying their best and I understand the situation is very much unprecedented. But I shouldn’t have to feel constantly at burnout and left completely in the dark doing something I am supposed to love and feel passionate about.

It’s a mixed bag and I very much feel like I have been on a rollercoaster.

Whether you are a student or a teacher I send you a lot of love and gratitude. You’re all doing great but I think there are things we can all do to make the rest of uni online a bit more manageable and understandable. Certainly in my experience anyway.

I’m going into my next term probably just as apprehensive and scared. However, I am hoping that the same experience I’ve just lived out won’t happen again. I can’t imagine it’s very fun for the teachers or for my fellow students.

So, here I am again using my platform as therapy and to make a point. A great mix right? But if you have a platform you may as well use it! If anyone wants to reach out to share their experience or you just want a chat feel free to send me a message on instagram (@sophieseditblog). I know that this year has felt particularly lonely.

A burnt out student in much need of a break, 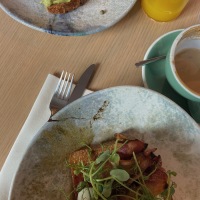