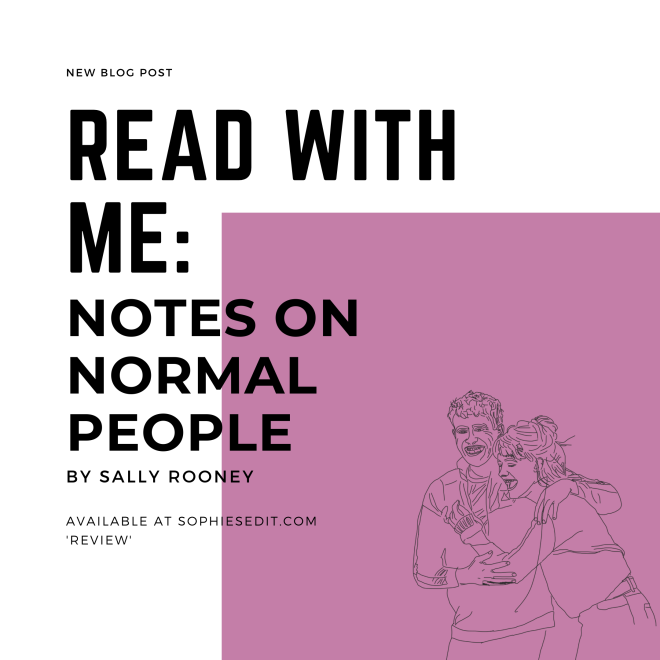 Read with Me: Notes on Normal People by Sally Rooney.

As an English Literature student I think it is important to get back to the roots of things when reading. To take pure enjoyment out of the task and instead of looking for absolutely every metaphor, hidden meaning and plot twist, purely soak in your thoughts and enjoy the book.

I decided when reading Normal People that I would jot down on my phone the thoughts and feelings I had when reading it and attach the page numbers so you can go find how I felt exactly when I encountered it. This, I think, provokes a feeling of intimacy when reading and maybe if you are also reading the novel/have read it, it may also appear somewhat like a book club but without the face to face contact. So please leave me any of your thoughts below!

As a general overview I thought I’d give some context into how I started reading Normal People and how I felt going into reading it. I feel like if this was me writing a novel I’d be setting the tone if you get me? If you haven’t read my previous review of the show then you wouldn’t know I have already encountered the turbulent relationship of teens Marianne and Connell. The show was great and I thoroughly enjoyed it however I did wonder if there was more depth to their characters/events through the original text (which usually there is – who would deny the chance to get the original curation of such popular characters). As a general rule I don’t particularly like watching the adaptation then going to the original but I wouldn’t say this hindered my experience, I was more just apprehensive whether the show did it justice.

Anyway, here are my thoughts as I read the novel…

P20 – By this page you are fully immersed in the chemistry and tension between two teenagers who you are yet to know to any degree. However, at the same time it feels like you’ve known them for years, that you understand the characters without knowing the intimate details about them. Rooney not only makes you feel like you are connected to the characters and their inner workings but also to every word on the page. Since turning page 1 it is impossible to sit the book down. A true highlight of the authors capability to do what a lot of writers find the most difficult; gripping their audience from the very beginning. If you thought the tension and emotion you felt towards Marianne and Connell in the show was a lot, you are yet to experience anything.

The chapters are split into months/varying time periods and change between both perspectives seamlessly. (*interjected thought – this makes a lot more sense after finishing it considering Connell always refers to Marianne as the only one that can understand him. Therefore, it is fitting that their thoughts and dialogue fit perfectly amongst each other.*) So far, the jumps appear non existent in that Rooney gives you enough information to know exactly what will happen in between; she gives the reader a certain amount of expectation. Within a few pages you are already subconsciously aware of the routine set out for each character.

P70 – ‘she has never believed herself fit to be loved by one person.’

A sad reality for Marianne and I think a lot of people. Everyone deserves to be loved.

P91 – The jump to uni is one that is extremely important in the novels narrative in that it signifies the shift in the central characters social standings. What Connell always feared is now a reality (he has limited friends, is self conscious and I guess doesn’t have the same immediate respect from his social position) and surprisingly what Marianne always shunned seems to have become her new environment (loads of friends, being ‘popular’, known about widely for the right reasons). It is very much like they have switched, something which Connell clearly can’t quite grasp.

P94 – I think the book is better than the adaptation mainly due to the fact you are connected to the book through overlooking such intimate moments. You’re part of everything going on and therefore feel everything at a more intense rate than what you would watching it from a distance. I think this is largely what novels are good at, imparting choice on the reader and their imagination. No two people when reading will probably view the characters in the same way, they most likely will never look the same to two different individuals. This way you are more invested because although it is someone else’s writing, it is still asking you to be involved, you are always going to be apart of the creative process as a reader.

With any novel you see more of the characters thoughts, little details of locations and perceptions of other characters which you don’t receive in a TV show, not to say the TV show did a bad job however.

P97 – Sense of romanticism is imparted not just around their relationship but also the surroundings and their day to day activities.

P.98 – It is rather refreshing and inviting to see a male teenager/young adult being so connected with his emotions in the sense of his anxieties and insecurities surrounding their relationship. All too often I feel that male characters in novels and film/TV are made to feel indestructible or emotionless in terms of the affects of loss, grief, relationships (of any kind) and just day to day feelings. He doesn’t fully understand them but he acknowledges that they are there.

P.111 – At this point I’ve realised there is no certainty to a single thing in their life, especially in their relationship. They don’t commit to labels and in some ways that is their downfall because if they shared half of how they felt they’d feel more rooted and comfortable in their relationship. Very much stresses the importance of communication. (*Can you tell at this point I was most likely frustrated at the impending parting of them AGAIN*)

P.166 – Sorry about the large jump between notes, Marianne is now in Switzerland and clearly has an eating disorder and mental health ‘issues’ (not entirely sure if I like calling them issues). As a character her complexities are rather interesting but also harrowing. Someone who always claimed she didn’t care, especially about what other people thought about her, in fact, I think does. She has now lost all sense of care for herself and on top of this no one seems to care for her, especially when she needs it the most.

P.199 – Reading about the emotions Marianne faces on-top of the abuse she gets in Switzerland is difficult to read. It fully epitomises the point in life she has gotten to and how fed up she is with her life. Relating to my previous point, the affects of friendship and her disconnect to the world around her is felt with force in this chapter. Yet the glimmer of hope in the end , when Marianne stands up for herself and I think, realises the gravity of her situation is reassuring. It is poignant in that she feels insulted that Lukas suggests they love each other and that this ‘awakens’ her – it is almost saying no love will compare to Connell’s and that she is still in love with him. This situation is nothing like what she has with him and it is disrespectful to suggest it is. However, it is concerning that it is this that pushes her over the edge and not the manipulative relationship she is in.

P.238 – At this point it is even more evident the scale of Marianne’s trauma revolving around violence and abuse, she is a lot more complex than what was evident at the start of the novel. I guess in some ways it mirrors the evolvement of Connell’s views of her because he too, now understands there is more than meets the eye when it comes to her family. However, in this particular chapter it is hard to even distinguish if Connell fully understands her because no one else did.

P.239 – ‘While she herself has been degenerating, moving further and further from wholesomeness, becoming something unrecognisably debased.’

P.240 – her brother is a manipulative character and at this point in time there would be various words I’d like to call him. In other news I find it very interesting that Marianne mentioned her mum only as ‘Denise’ and not something more familiar. I feel this fully summarises the current state of their relationship.

P.248 – ‘That’s the very part of himself he wants to protect, the part that exists inside her.’

P.262 – It has now come full circle. Back in their hometown they are fully comfortable in their own skin and with each other to fully embrace the idea of them being seen as a couple. I think it highlights this idea that you don’t know what you’re missing until you leave it behind; this idea that what they imagined really wasn’t that bad in reality.

P.266 – Just when you think things couldn’t be better and they appear settled, they decide to go their separate ways. Even worse because it is stated in such a nonchalant way. The novel ends on such a tone that everything is up for question; does he leave? Will they remain together? Will they both cope? Will they find someone else? However, annoyingly it is probably well suited in the sense the frustration you feel all through the book never even leaves you in the end.

I’m not sure if this is particularly relevant to the novel or if it’s a printing mistake or they just chose to leave a lot of pages blank at the end (I swear more than what is usually there) however I think it is very fitting for the novel. It is a story about coming of age, the transition between a teen and an adult, exploring their sexuality, their careers and aspirations, and most importantly each other. But that doesn’t just stop then. There is so much more to their story, just like the pages suggest. No one ever figures everything out by the time they reach 21.

Well. That was a journey. I hope you enjoyed getting an insight into my thought process while reading Normal People. It was thoroughly enjoyable and I guess as a young adult it was quite nice to hear the inner workings of other people my own age when currently I can’t quite do that.

I respect Rooney’s writing a lot and was rather impressed just by the first few pages. I’m very intrigued to read Conversations with Friends (her first novel I think) which I hear is also getting turned into a TV show.

I think you can learn a lot by just writing some thoughts down while reading. Everyone has different ways of doing it and even if you aren’t doing it for coursework, you can surprise yourself with your thoughts and how they may transition to other aspects of life.

Let me know if you liked this way of ‘reviewing’ a novel and If you have any other thoughts on Rooney’s ‘masterpiece’.

If you want to check out my review of the show it is available here. 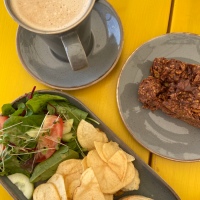 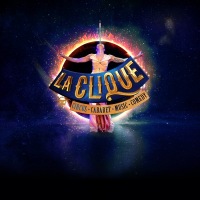 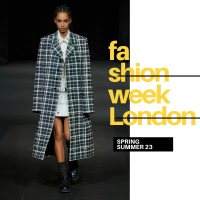